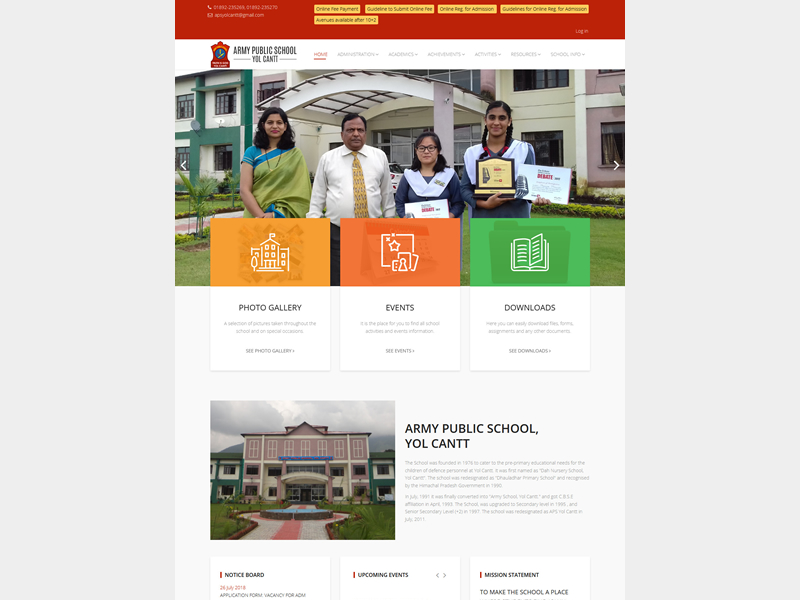 The School was founded in 1976 to cater to the pre-primary educational needs for the children of defence personnel at Yol Cantt. It was first named as "Dah Nursery School, Yol Cantt". The school was redesignated as "Dhauladhar Primary School" and recognised by the Himachal Pradesh Government in 1990.

Do you have any question?

We believe in clean, well designed websites which bring happy users, and happy clients! That’s our specialty.
Contact Us Now
Let's Talk
We'd love to answer any questions you may have. Contact us and discuss your business objectives & we will let you know how we can help along with a Free Quote.

This email address is being protected from spambots. You need JavaScript enabled to view it.

Call us on Skype

Let us call you